The Bladder and the Brain - supraspinal lower urinary tract control

The aim of this study is to investigate the supraspinal control of the lower urinary tract in patients with bladder dysfunction due to a neurological disease and in patients with idiopathic bladder dysfunction using functional magnetic resonance imaging. Additional analysis of functional and structural neuronal connectivity will contribute to develop a supraspinal network model of neuronal lower urinary tract control in humans.

Lower urinary tract (LUT) dysfunction in neurogenic and non-neurogenic conditions is highly prevalent, causes an enormous economic burden for every health care system and also significantly impairs quality of life of the affected patient. Although there are several concepts regarding LUT function and neuronal control in the normal and pathological condition, the exact pathophysiological mechanisms involved are largely unknown – especially in humans.

For a proper functioning, the LUT structures (bladder, bladder neck, urethra and urethral sphincter) rely on intact neuronal innervations that are under control of a complex supraspinal network. The dependence of the LUT on the complex central neuronal circuits makes it unique in comparison to other visceral functions such as the gastrointestinal tract or the cardiovascular system but also more vulnerable to neurological disorders.

Thus, functional neuroimaging studies are a highly valuable tool to non-invasively investigate normal LUT function and dysfunction in neurogenic and non-neurogenic conditions in humans. In the last decade several functional neuroimaging studies including our own have fundamentally contributed to the understanding of the supraspinal neuronal control of the healthy human LUT and some of them also in conditions with LUT dysfunction. However, many questions remain still unanswered.

There is little information on how supraspinal activity and structural and functional connectivity in relation to LUT control is altered in non-neurogenic overactive bladder (NNOAB) patients in comparison to healthy subjects. It is not known if such alterations in supraspinal LUT control can be “normalized” with intradetrusor injections of botulinum neurotoxin A (BoNT/A), a promising and effective treatment of overactive bladder (OAB), and if the supraspinal “normalization” correlates with the clinical improvements.

There is no information about the supraspinal activity and structural and functional connectivity in relation to LUT control in multiple sclerosis (MS) patients. Little is known about the involvement of afferent C-fibers in the pathophysiology of human neurogenic and non-neurogenic OAB. Addressing those issues will highly advance our
knowledge on LUT function in neurogenic and non-neurogenic conditions and most probably will inspire the development of new therapy options or the improvement of existing therapies.

Deficits in structural and functional connectivity between supraspinal regions involved in LUT control, cause alterations in the perception of, processing of, and reaction to afferent LUT information that clinically may present as LUT symptoms (e.g. urgency). Using fMRI in conjunction with diffusion tensor imaging (DTI) and functional connectivity (FC) analysis we will be able to detect those deficits affecting the connectivity within the supraspinal circuits controlling human LUT function. Although deficits in connectivity may not be visible in the resting state in NNOAB subjects, they will become evident during LUT related tasks.

This project is the first to investigate supraspinal LUT control in healthy subjects and patients with neurogenic and non-neurogenic LUT dysfunction using fMRI in combination with DTI and FC analysis. In addition this project includes the first study to investigate the effect of BoNT/A on the supraspinal LUT control. Thus, this project will provide profound insight into the supraspinal neuronal mechanisms and networks responsible for LUT control. The findings will help to verify, amend or adjust neuronal circuitry models established from findings in healthy subjects in the context of neurogenic and nonneurogenic LUT dysfunction. Especially the use of newer imaging and evaluation techniques like DTI and calculation of FC have a great potential to reveal important new findings in regard to the supraspinal control of LUT function and the pathophysiology of LUT dysfunction. Moreover, these techniques have the potential to serve as quantifiable biomarkers for therapy success and also as explanation of therapy non-responding.

Next to the high quality education of a PhD-Student an a young post-doc, who will contribute to the swiss and international scientific and medical community, this project will be multidisciplinary and will thus promote future multidisciplinary approaches and collaborations in regard to treatment of LUT dysfunction in neurogenic and non-neurogenic patients, which will improve medical care.

Print version: The Bladder and the Brain - Summary 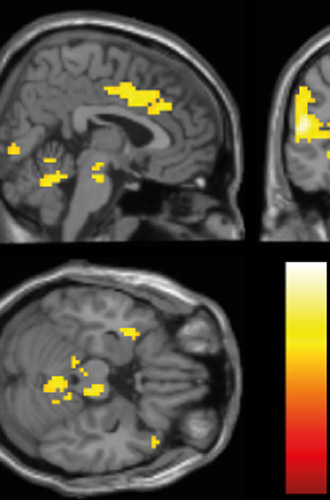